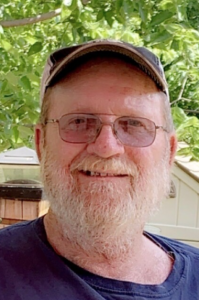 Ronald Dean “Bucky” Sizemore age 65, of Eldora, Iowa, passed away on Saturday, November 13, 2021, at his home in rural Eldora, after a long battle with cancer, surrounded by his family and cared for by Care Initiatives Hospice. Services will be held privately by the family. Memorials may be directed to the family. Abels Funeral and Cremation Service, Creps Chapel is assisting the family.

Bucky was born on August 19, 1956 in Kirksville, Missouri, to his parents Albert and Velma (Bachman) Sizemore. He grew up in Missouri and Iowa and attended New Providence High School. He was married to Deborah Block on October 21, 1972 and they welcomed 4 children into their family. Bucky worked as a heavy equipment operator, construction worker and up until his passing as the owner/operator and mechanic of his own business, Ron’s Repair.

Bucky was never idle; he was always busy. If he was not working, he enjoyed fishing, hunting, snowmobiling, golfing, and video games. However, his true joy in life came from spending time with his family. He will be missed and long remembered by his friends and family.