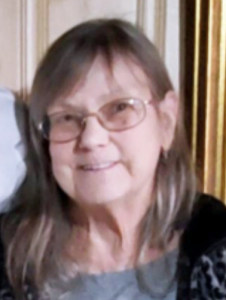 Funeral services will be held 10:30 a.m., Wednesday, November 10, 2021 at St. Paul Lutheran Church in Garner with Rev. Scott Kozisek officiating. The service will be livestreamed on the Cataldo Funeral Home Facebook page. Cremation will follow the service with inurnment at a later date in Concord Township Cemetery.

Lynn Marie Peterson, the daughter of Ronald Gyatt and Delores Dean (Hinders) LeDuc, was born August 28, 1949 in Aire, Massachusetts. She attended schools in Germany and Texas while her father served in the U.S. Army. At the age of 12, she moved with her family to Britt and graduated from Britt High School in 1968. On July 5, 1968 she was married to the love of her life, Roland Peterson at the United Methodist Church in Britt. They lived in Garner where they raised their three children, Heather, Amber and Brent. Lynn worked at Northwestern Bell Telephone and 3M in Forest City until retiring in 1995. After Rollie passed away in April of 1994, she remained in Garner. In 2000, she met special friend, Sid Bass. Lynn and Sid moved to Louisburg, MO in 2002 where they enjoyed the warmer climate in retirement. Due to health concerns, she returned to north Iowa to be closer to her family. She dearly enjoyed spending time with family, attending her grandchildren’s activities, being read to by Octavia and Judith, quilting, fishing, reading, woodworking, vacationing with friends and raising livestock during her “retirement.”

She was a member of St. Paul Lutheran Church in Garner and attended Hope Church of Sparta in Sparta, MO when visiting Heather.