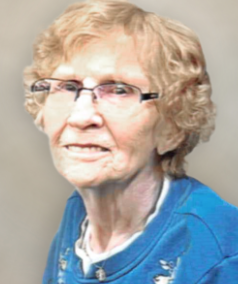 Velma was united in marriage to Arnold H. Dontje on February 1, 1950, at First Reformed Church, Buffalo Center. Together they farmed near Rake until 1966, and then moved to Buffalo Center. Velma worked throughout the years in Buffalo Center at the hospital, the nursing home, and at the drug store.

Velma was an artist making many beautiful paintings and colored pencil sketches. She loved being with her grandchildren and great grandchildren and enjoyed fishing, especially taking fishing trips with her husband and sons. She also enjoyed sewing and gardening, and attending family gatherings. Velma was a member of First Reformed Church in Buffalo Center being active in the ladies’ guild.

Velma A. Dontje died Friday, November 5, 2021 at The Beacon Assisted Living in Lake Crystal, MN at the age of 90. She became a resident there following the death of her husband on January 29, 2019.

She was preceded in death by her parents; her husband; a son, Richie Dontje; and siblings, Johanna Frerichs, Gary Kardoes, and Frank Kardoes.