DES MOINES – An Iowa man is accused of murdering a Wisconsin woman and is behind bars awaiting court appearance.

The Polk County Sheriff’s Office made an arrest in an ongoing homicide investigation that began as a missing person case out of Urbandale, Iowa.

James Shiloh Klever, age 46 of Mt. Ayr, Iowa, has been charged with first-degree murder for the death and disappearance of 30-year-old Rachel Reuter of Cassville, WI.

Ms. Reuter was originally reported missing, by her father, to the Urbandale Police Department on June 16, 2021. The Urbandale Police Department requested assistance from the Iowa Department of Criminal Investigations (DCI), and both agencies worked conjointly to investigate the reported missing person. Evidence in the case eventually lead investigators to a residence in Bondurant, IA. The Polk County Sheriff’s Office was contacted and began to assist with the case.

Information and evidence gathered shifted this incident from a missing person investigation to a homicide investigation. Investigators believe that during the early morning hours of June 13, 2021 Klever killed Reuter at the Bondurant residence, although her remains have not been located.

This is an ongoing and active investigation being conducted by the Polk County Sheriff’s Office and the DCI. 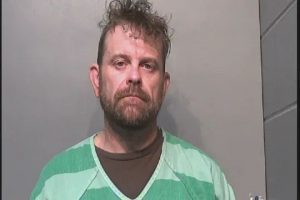