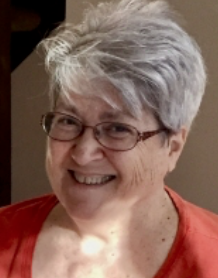 Rozanne (Rosie, Rody) Robinson, 78, of Mason City, Iowa passed away on Sunday, October 10, 2021 at MercyOne North Iowa Hospice. A graveside service will be held on November 20, 2021, in her hometown of Hutchinson, Kansas.

Rozanne’s story began on March 6, 1943, in Hutchinson, Kansas, when she was born to Ernest (Ernie) and Virginia (Virgie) Crupper. Rozanne and her younger brother, Erland, grew up in the Careyville neighborhood, a tight-knit community where she formed life-long relationships. She had a warm and out-going personality. She loved meeting new people and hearing their stories. She would often catch you off guard with her keen sense of humor or competitive spirit and according to those who knew her, she gave the very best hugs.

Early interests and passions included anything to do with friends and family, sports and music – all of which continued to bring her joy throughout her life. As a young woman, she sang in the Berean Baptist church choir and competed nationally as a member of the color guard for the Hutchinson Sky Ryders Drum and Bugle Corp. After graduating from Hutchinson High School in 1961, she attended Salt City Business College. She married Jack D. Robinson in 1962 and had two daughters, Kelly and Kristy. After she divorced, Rozanne began working as a bookkeeper for Cooper Tire Service, where she remained for many years.

She spent many hot Kansas summers catching flyballs and line drives as an outfielder for the Hutchinson Lionettes softball team. An avid college basketball fan, she followed the Hutchinson Community College Blue Dragons and attended many National Junior College basketball tournaments at the Hutchinson Sports Arena. She was also an enthusiastic Girl Scout leader – often having more fun that the scouts on camping trips, selling cookies and earning badges.

In the mid-80s, Rozanne moved to the Kansas City area where she lived for over 30 years. Here, she met many wonderful friends and fell in love with the local sports scene becoming somewhat of a super fan of University of Kanas Jayhawk basketball, Kansas City Royals and the Kansas City Chiefs.

In 2010, Rozanne retired from her work as an office manager for Johnson County Parks and Recreation. In retirement, Rozanne treasured her girls’ trips to Florida or Colorado with her friends; relaxing Up North on Bear Track Lake in Wisconsin; loving up on her grandkids – both human and canine; winning (mercilessly) at Canasta, Scrabble and Rumikub; and of course, cheering her beloved KC Royals to a World Series win in 2015 and the Kansas City Chiefs to a Super Bowl win in 2020. In October of last year, she moved to Mason City to be closer to her daughter and son-in-law, Kelly and Tim Putnam.

Preceded in death by her parents, Ernest and Virgie Crupper.