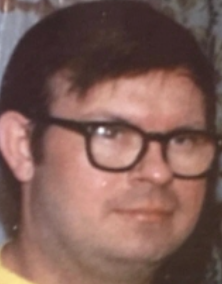 Terry Lee LeDuc was born on February 8, 1948, in Mason City. Raised by his grandparents Bill and Elsie LeDuc, Terry attended Mason City High School graduating in 1966. Six days after graduating he joined the Marine Corps and was off to bootcamp at Camp Pendleton. Terry spent four years in the Marine Corps and served three deployments in Vietnam, obtaining the rank of Sergeant. Terry was Honorably Discharged in February of 1970.

After his time in the Marine Corps Terry moved back home and met Barbara Darg and three months later the couple was united in marriage in the Hanford Community Church. The couple would call Burchinal home for 32 years. Once home Terry began working for White Farm Equipment in Charles City then moving onto work for Brakke Implement for 20 years. Terry would end up going back to school at NIACC for Drafting earning himself a position at Curries Co. as a Drafter and did so until his retirement.

Terry was a man of many talents and would find himself working on the side doing custom welding jobs for farmers and friends. He enjoyed fishing, camping, taking long car rides to the Mississippi River and to South Dakota and spending time with family and friends. Terry had a love that could not be matched for his children and grandchildren. He had a special bond with friends Alex Sanchez, Darin Ridgeway, and Chuck Paulos, Russ Vonhagen growing up on the same side of town with each other. He also shared a special bond with Eli Truex who at the time was an eight-year-old boy he had met while camping and the two would play dinosaurs around the campground that Terry and his family camped at for many years.

He was preceded in death by his grandparents, Bill and Elsie LeDuc; mother, Shirley Baker; sister, Sue Jones; mother and father-in-law, Hazel and Robert Darg; many aunts and uncles.

Special Thank you to the V.A. Clinic of Mason City and Hospice for the care given to Terry.