This news story was published on September 25, 2021.
Advertise on NIT • Subscribe to NIT

AMES – A former Iowa high school coach is accused of molesting a child and is now in an Iowa jail awaiting trial.

36-year-old Aaron Koester has been arrested following an investigation by the Albia Police Department and the Division of Criminal Investigation. Koester, of Indianapolis, Indiana, was arrested by Indiana authorities on September 3 and extradited to the Monroe County Jail on September 5. Koester remains in the Monroe County Jail on a $200,000 bond.

Koester, who is a former high school coach, has been charged with multiple felony counts of sexual abuse against a minor. The charges against Koester include two counts of Sexual Abuse in the 2nd Degree (Class B felony) and two counts of Sexual Abuse in the 3rd Degree (Class D felony). These charges are not the result of interactions Koester had as a coach with , reportedly, a 12-year-old child at Koester’s home.

This investigation is on-going and additional charges are possible. 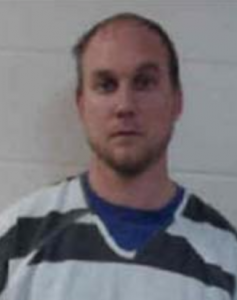