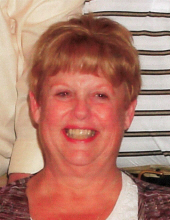 Mary Kathleen Vick, the daughter of Ronald and Sally (Osterfeld) O’Dell, was born April 25, 1952 at Cincinnati, OH. She attended Sacred Heart Middle School and graduated from Sisters of Mercy High School in Farmington Hills, MI in 1970. She moved to Albert Lea, MN and enrolled at Albert Lea Vocational Tech School to become a secretary. Kathy worked in various jobs in the Albert Lea area before meeting her husband, Steve, at a Perkins restaurant. On June 16, 1986 she was married to Stephen Vick in Garner, IA. They lived most of their married life in Garner where Kathy was employed at several businesses in the area. She retired in 2015 and became active in the Garner Volunteer Ambulance Service. She enjoyed cooking, collecting cookbooks, watching TV programs, going on adventures with her grandchildren and best friend, Barb, trips to Florida with Steve and especially being with her family. Kathy loved to help others.

She was preceded in death by her parents; an infant granddaughter, Addison Piper Miller; and a brother, Tim O’Dell.