AMES – The eyes of the nation looked on as Iowa handling its business easily in Ames Saturday, defeating Iowa State for the sixth time in a row, 27-17.

Iowa has won its last eight games. The Hawkeyes have outscored their last eight opponents, 275-106, averaging 34.3 points per game offensively and allowing 13.3 ppg during the winning streak. Iowa has scored at least 25 points in each win.

WR Charlie Jones set career highs in receptions (2) and yards (36). His 26-yard touchdown reception in the second quarter was a career first.

DB Matt Hankins had two interceptions, the fourth and fifth of his career.

P Tory Taylor’s 69-yard punt in the third quarter was a career long.

LB Seth Benson’s third-quarter interception was the first of his career.

MISCELLANEOUS
Iowa had four takeaways today and zero turnovers. The last time Iowa turned the ball over against Iowa State was in 2015 (352 plays). Iowa has scored 37 points on seven turnovers this season.

Iowa has played 24 straight games without surrendering 25 points, the longest streak in the nation among Power 5 teams.

Iowa and Iowa State met as AP ranked opponents for the first time in series history.

UP NEXT
The Hawkeyes host Kent State on Saturday, Sept. 18 at Kinnick Stadium. The game is televised on BTN beginning at 2:30 p.m. (CT). 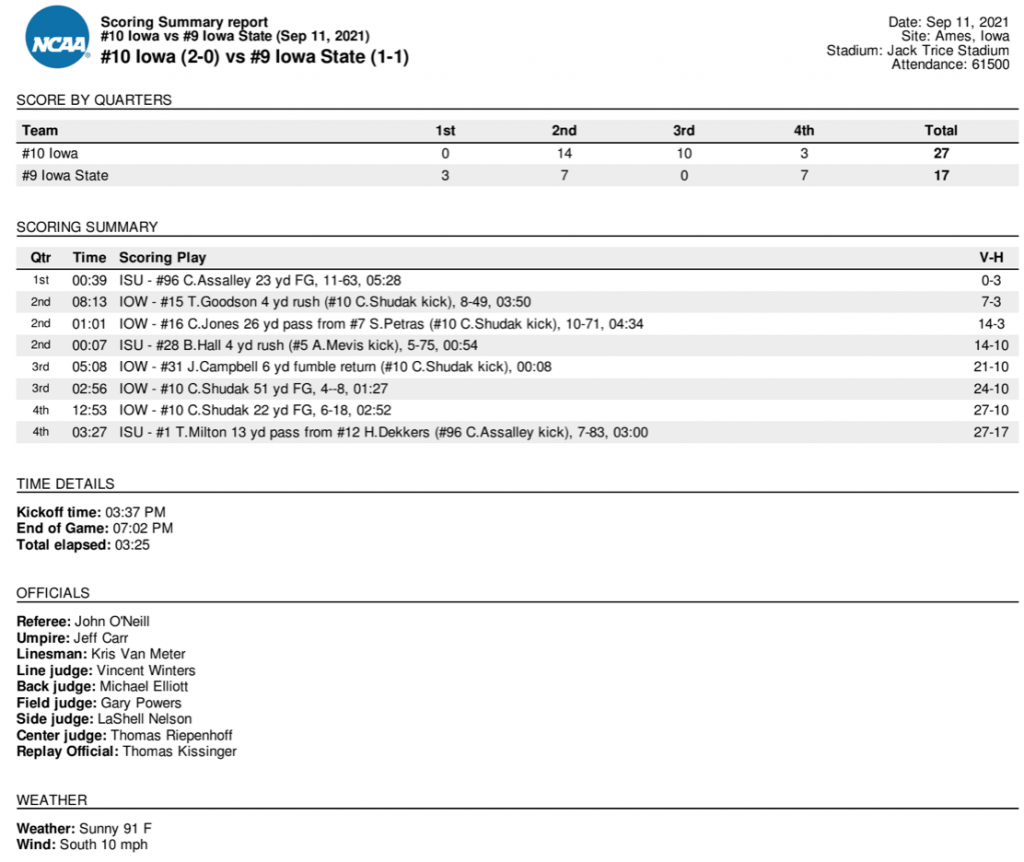