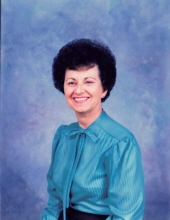 Visitation will be held one hour prior to the service.

Inurnment will be in Memorial Park Cemetery.

Memorials may be directed to MercyOne North North Iowa Hospice.

Laurine Ida Sheahan was born on December 23, 1927, in Mason City to Edna (Zorn) and Gordon Koch. Laurine grew up in Mason City and graduated from Mason City High School. On December 11, 1947, she was united in marriage to Albert Sheahan. The two later divorced. Laurine worked several jobs before beginning her career at Curtis 1000 as a 4-color press operator until her retirement; a job she would pass on to her grandson, Gabe.
She loved playing cards with her friends, working in the garden, Jesus, travelling, and most of all, unconditionally, her family.

The family would like to say a special thank you to Heritage Care and Rehabilitation Center, MercyOne North Iowa 4E Care Unit, and Hospice of North Iowa.