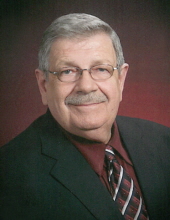 A funeral service for David Birkholz will be held at 1:00 p.m. on Friday, August 27, 2021 at Hauser Weishaar Funeral Home in Charles City with Pastor Bob Holdorf officiating. Burial will Riverside Cemetery in Charles City.

Visitation will be held from 11:00 a.m. until the start of the service at the funeral home on Friday.

David Edward Birkholz, the son of William “Ed” and Irene (Priebe) Birkholz, was born March 31, 1942 in Charles City, Iowa. He received his education in Charles City and graduated from Charles City High School in 1960. After graduating, David continued helping on the family farm as he had done his entire life.

David was united in marriage to Marylou Lumm on January 24, 1960 at Saint John Evangelical Lutheran Church in Charles City. The couple made their home on the Birkholz family farm where they raised their four children: Jim, Jody, Jay and Jon. David continued farming until 1981 which is when he started driving truck for 10 years. He then began his career as a correctional officer for the Texas Department of Corrections in Palestine, Texas. David retired in 2012 after 20 years of faithful service.

David and Marylou moved to Waverly, Iowa in 2014 to be closer to their family and close friends. One of the things David loved to do was go on tractor rides with all of his friends, especially Bob Dight. He also collected guns, did reloading of guns and enjoyed woodworking which enabled him to build beautiful furniture for his family (all of his grandchildren received a hope chest from him).

David was preceded in death by his parents, William “Ed” and Irene Birkholz; and his mother-in-law and father-in-law, Jesse and Sylvia Lumm.