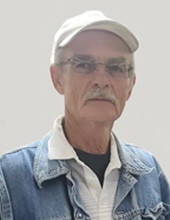 James Edwin Devereaux, the son of Carl and Jean (Phillips) Devereaux, was born on March 28, 1956 in Creston, Iowa. He graduated from Davis County High School in Bloomfield. He then attended Indian Hills Community College and obtained an associate’s degree in horticulture. Jim was united in marriage to Sheila Judy on June 3, 1978 in Bloomfield.

Jim worked for Farmers Feed and Grain in Charles City for the last 8 years. He was a volunteer firefighter for 15 years starting in 1988. Jim enjoyed tinkering with vehicles, especially MG cars. He enjoyed spending his time outdoors golfing and camping. He was a very generous man and was always willing to help out his neighbors and was his daughter’s handyman. Family was very important to him and loved to watch his grandsons play sports.

He was preceded in death by his parents, Carl and Jean Devereaux; sister, Mary Anderson; and brother-in-law, Nick Copeland.