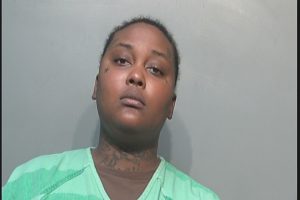 WEST DES MOINES – An Iowa woman has been charged with attempted murder after stabbing a man multiple times in torso.

On Monday, May 17 at approximately 8:20 PM, West Des Moines Police responded to a report of a stabbing at 210 S. 41st Street (Chapel Ridge Apartments Complex.) Officers arrived on scene and located a 22-year-old male suffering from multiple stab wounds to the torso. Officers on scene determined a domestic dispute had turned violent between a male and female inside an apartment. The alleged suspect had fled the area before officers arrived. The male victim was transported to a local hospital in critical condition with life-threatening injuries.

Brown has been charged with attempted murder and was transported to the Polk County Jail on the charge.