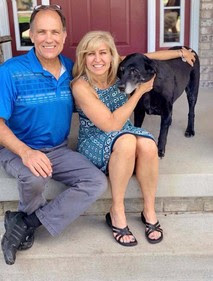 LECLAIRE, IOWA – DNR Conservation Officers charged James Thiel, 44, of Pleasant Valley, with Involuntary Manslaughter and Reckless Use of a Watercraft among other charges relating to the August 16, 2020 fatal boat crash on the Mississippi River that killed Anita Pinc, 52, of Moline, IL, and Craig Verbeke, 61, of Moline, IL.

Anita Pinc died at the scene, and later, Craig Verbeke died at the University of Iowa Hospitals and Clinics as a result of the boat crash. Both Verbeke and Pinc were onboard a 19-foot Bayliner.

Brooke Jewell, 36, of Bettendorf was onboard the Triton boat and suffered minor injuries and was transported to a local hospital. There were others onboard this boat as well.