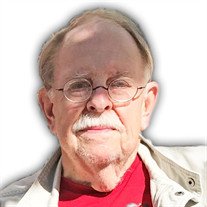 A Funeral Mass of Christian Burial will be held 10:30am Tuesday, May 4, 2021, at Holy Family Catholic Church of Epiphany Parish, 722 N. Adams. An inurnment service will be held for family at Elmwood-St. Joseph Cemetery, Mason City, the following morning. Facial coverings will be required and social distancing practiced.

Visitation will be held from 5:00 to 7:00pm on Monday, May 3, 2021, at Hogan-Bremer-Moore Colonial Chapel, 126 3rd St NE, Mason City. The Fourth Degree Knights of Columbus will pray the Rosary at 6:45 pm, followed by a Scriptural wake service.

He grew up in Des Moines, IA and graduated from Lincoln High School in 1959. At Lincoln, Don was a great athlete and held records in sprinting on the track team. With his short stature and terrific speed, his teammates called him “Little Chicken Banty Rooster”. One of his favorite things about track was getting a new pair of red Chuck Taylor tennis shoes each year.

After High school he attended Grandview College, then in 1960 he enlisted in the Air Force.
He took training in Biloxi, MI and then was stationed at St. Lawrence Island on the Bering Straits in Alaska.

When his kids would ask him what he did in the Air Force, he said he would listen to Russian chatter but wouldn’t divulge more claiming it was top secret. As you know, Don was a wonderful storyteller. He tells a story about his time in Alaska that was one of the family favorites.

In the area he served the weather was harsh, but the native people would come through and trade once a year in that part of the state. They were nomadic people who would trade for pelts and carved whale bones. Don and his Air Force mates didn’t have anything to trade, so they devised a plan. They could get chocolate and cigarettes from their rations then would trade those. For months they saved up. Don wasn’t a smoker but he knew the native people would trade for them.

Just when they had gathered enough chocolate bars and cigarettes and went to trade, they noticed that the nomads had moved on. Left with all that stash, they just decided to pick up smoking and most likely put on a few chocolate pounds.

Following his time in the Air Force, he went back home to see family. One day he went to see his sister, Linda who was living with her best friend, Gayle Boatwright. Sparks flew and soon enough Don married Gayle on April 8, 1967.

From that love they brought into the world, April Christine (Evans) Goldsmith, Donald Dean Evans II and Christopher Eaton Evans.

The family moved to Mason City for Don’s career which he spent at Curries Manufacturing for 35 years. At Curries, he held several positions including drafter, purchasing and finally architectural hardware consultant.

Don enjoyed fishing, he purchased a cabin in Clear Lake and enjoyed fixing it up as well as spending many great family weekends near the water.

Church was very important to Don. He was involved in the Catholic Church and the Knights of Columbus as a Fourth Degree Knight and for a few years, the Grand Knight. For over ten years he was part of performing the Fourth Degree Rosary.

Don loved History and found great pleasure being part of the US 16th Medical Corp reenactment group. He traveled all over the Midwest going to reenactments where he was known to lop off a leg or two as surgeon, Doc Eli. From this passion he had an extensive collection of period medical equipment, books and civil war pieces. He even dug into his own background to get paperwork for two family members that were in the war.

During Civil War reenactments there were often evening Pirate invasions which Don loved. His inner pirate was a Welsh scoundrel named Black Bart after an actual historical pirate.

He would often go to the area schools to teach kids about the Civil War. His presentation was both educational and humorous. One year, he visited Ventura, IA schools and his grandson, Hunter was one of the students. All the kids thought it was great that Hunter’s grandpa was Doc Eli.

After Gayle passed from cancer in 1998, he met a fellow Catholic, Janette Cole while attending a function at Don’s house. Later, a friend arranged for Don and Jan to sit together on a church trip to a Minnesota Vikings game and from then on they were inseparable. Don and Jan married on August 18, 2012 and were happily married for nine years.

Don and Jan loved to travel. They visited Mexico three times with Jans sister Cheryl and husband Al, travelled to Ireland, and went on several trips around the United States. During each excursion he would wear his favorite vest with numerous pockets. You never know when you will need them.

Don’s son, Christopher was ordained permanent deacon in 2019 and his son Donald II will be ordained in June this year to the same office. He found great comfort in listening to Chris give homilies and participate in Mass.

In his last days he was surrounded by his wife, children, grandchildren and friends.

Don is preceded in death by his first love, Gayle; his parents; and sister, Lois Kettler.

If we learned one thing from Covid and the last eight months of Don’s life it’s that no one should be alone in a hospital without the support of family and that ventilator care should not be limited to respiratory specialists but should be taught to more caregivers.