This news story was published on May 1, 2021.
Advertise on NIT • Subscribe to NIT

AMES – An Ames was nabbed by cops with plenty of illegal weed after a pursuit in that community.

On Tuesday, April 27, Iowa State University police officers stopped a vehicle near the intersection of Harris Street and Bellflower Drive for failure to obey a traffic light and equipment violations. As officers approached the vehicle, the driver, Domoh D. Domoh – age 20 from Ames – drove off before officers were able to make contact.

Officers executed a search warrant on Domoh’s vehicle that resulted in the recovery of 64 grams of marijuana. Other charges related to the stop are pending.

Domoh bonded out of jail and awaits court appearances. 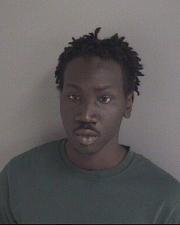