This news story was published on April 27, 2021.
Advertise on NIT • Subscribe to NIT 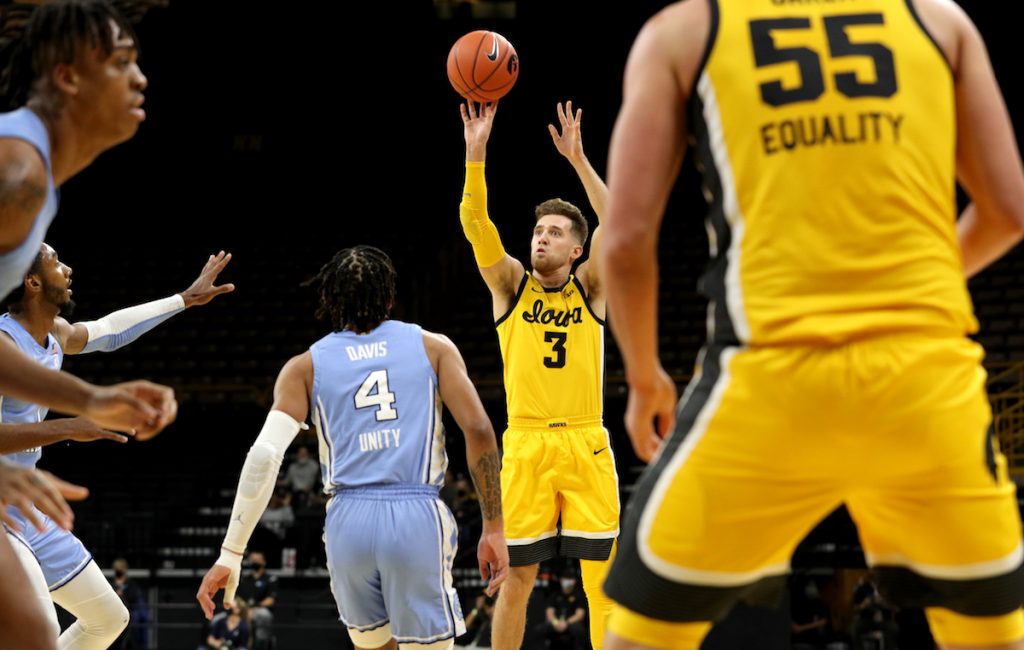 IOWA CITY – University of Iowa senior guard Jordan Bohannon announced on Monday that he will return to the Hawkeyes for his sixth season in 2021-22.

Due to the COVID-19 pandemic, the NCAA granted eligibility relief to winter sport athletes during the 2020-21 academic year.

“I am beyond excited to return to Iowa for my sixth year,” said Bohannon. “Last year never felt right with no fans in attendance. I look forward to providing leadership to the young guys this upcoming year and help them along the way of the incredible journey.”

Bohannon is Iowa’s career record holder in assists (639), 3-pointers made (364), free throw percentage (.887), and games played (143). He ranks ninth in Iowa career scoring with 1,638) points and is one of only three Hawkeyes with four 100-assist seasons (Dean Oliver, Jeff Horner). Bohannon is the only player on program history to amass seven career points-assists double-doubles and eight career games with 10 or more assists.

Last season, Bohannon was an honorable mention All-Big Ten honoree, ranking first on the squad in 3-pointers made (80) and assists (135), and third in points per game (10.6).

“We are excited that Jordan has decided to take advantage of the extra year of eligibility and return for another season,” said head coach Fran McCaffery. “Having someone with his talent and experience will be invaluable to our guys. Jordan will bolster our backcourt and will be a team leader on and off the court.”

The native of Marion, Iowa, had his 2019-20 season cut short after 10 games, undergoing season-ending hip surgery in December, 2019.

Bohannon was voted to the All-Big Ten Freshman Team in 2017, was an honorable mention all-conference selection in 2018, and earned third-team all-league accolades in 2019.

The last Iowa men’s basketball player to be on the roster six years was Jess Settles (1994-99). Settles played three seasons before injury setbacks in 1997 and 1998 delayed his senior season until 1999.