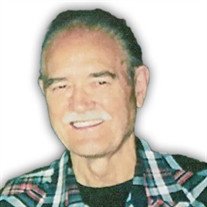 Richard was born December 13, 1933, the son of Clair & Martha (Thompson) Reynolds, Mason City. He was raised from a teenager by Willard & Bernice (Reid) Thrams, Mason City. He was a 1955 graduate of Mason City High School. Richard honorably served his country in the US Navy from 1952-1955. On May 29, 1971, Richard married Darlene Buss of Hampton. From this union one child, Michael was born. Richard spent 40 years as a loyal employee of Lehigh Cement Plant where he was a burners helper & tended the kiln.

In Richard’s spare time, he enjoyed fishing, watching professional wrestling, tinkering with anything broken & shining up his beloved Impala. He was a supporter of the US Armed Forces & truly loved his country to the core. Richard had unconditional love for his wife of nearly 50 years, Darlene, & they spent their years side by side, rarely apart.