ORANGE CITY, IOWA – An Iowa man who shot his victim between the eyes is guilty of murder and awaits sentencing.

The case arose on May 9, 2020, after Grant Wayne Wilson and Theresa Wilson of Cleghorn, spent the afternoon and evening visiting Winterfeld at his mother’s rural Ireton farm home. Grant Wayne Wilson and Winterfeld spent the day drinking alcohol. An argument developed and Wilson decided to sleep in a car parked in the driveway. Winterfeld locked the home’s doors, put on a holster with a loaded revolver, exiting the home and convincing Wilson to come back inside. Upon reentry, the argument continued and Wilson attempted to leave. Winterfeld pursued and un-holstered his gun. Wilson turned around, and according to Winterfeld, Wilson gave Winterfeld a look, so Winterfeld raised his gun aiming as close as he could get between Wilson’s eyes and fired.

Winterfeld was charged with Murder in the First Degree and the case proceeded to a jury trial on March 30. On April 7, after business hours, the jury returned a guilty verdict to Murder in the Second Degree. The District Court has yet to schedule a sentencing date. 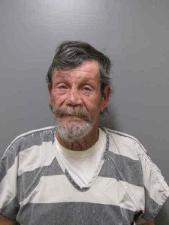