This news story was published on April 17, 2021.
Advertise on NIT • Subscribe to NIT 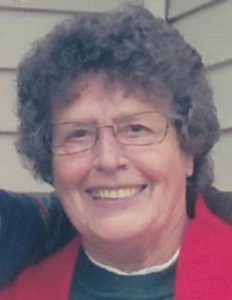 There will be no service at the request of Shirley.

Shirley was born in Two Rivers, Wisconsin in 1936 and graduated from Washington High School in Two Rivers in 1954.

Shirley enjoyed golfing, taking trips with her brother Dale and his wife, Bev, in their motor home and spending time with her family and friends. She got to go on many other trips as well and we all enjoyed her stories about them.

Shirley is survived by her grandson, Jesse Lowder from Lake Mills and two sisters-in-law Gloria and Bev Schmidt who still live in Two Rivers, Roger who lived with them for many years and many nieces and nephews and all her special friends.

Shirley is preceded in death by her parents, Emil and Loraine Schmidt, her two children Sally and Jim, brothers Dale and Jerry Schmidt and her special friend Les Ahrens.