This news story was published on February 27, 2021.
Advertise on NIT • Subscribe to NIT

Neither team opened the game shooting well, after four minutes of play UNI went 2-8 while the Redbirds went 3-7 from the field. The Panthers were able to get things going midway through the half, going on a 12-2 run to take a 23-14 lead with 7:43 reaming in the half.

The Panthers had four players in double digits for the third consecutive game. Trae Berhow led the way with 15 points while Austin Phyfe hauled in a team high 8 rebounds followed by Nate Hiese with 7.

The Panthers and Redbirds will be back in action on Saturday night. The two teams will take the court at 5 pm at Redbird Arena. The game will be broadcast on the CBS Sports Network. 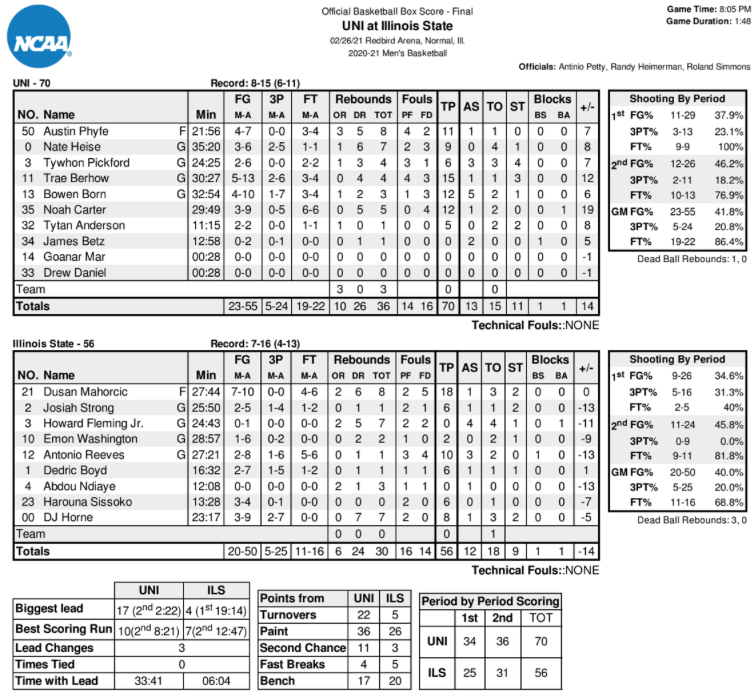