CEDAR RAPIDS – A drug user from rural Decorah, Iowa, who unlawfully possessed ammunition was sentenced in federal court on October 5, 2020.

In a plea agreement and at the sentencing hearing, William Fredric Harrison, Jr., age 60, admitted that, on November 23, 2018, he purchased an assault rifle and 200 rounds of ammunition in Onalaska, Wisconsin. The Federal Bureau of Investigation’s National Instant Criminal Background Check System delayed the sale. Harrison was only able to take the ammunition home to Iowa on that day. On November 24, 2018, Harrison made multiple telephone calls from his rural Decorah residence to the emergency room at a Decorah hospital. In one of the calls, Harrison expressed frustration with one of the doctors at the hospital and stated, “I want to come down there and make all of you feel the terror that I am feeling. All of you will be dead.” The calls triggered a two-day lockdown of the hospital.

On November 26, 2018, Harrison filled out an application in the Iowa District Court for Allamakee County seeking the return of three firearms and ammunition that law enforcement officers had seized from his residence in 2016 arising out of an incident in which Harrison was later convicted of assaulting his wife. On November 29, 2018, law enforcement officers executed a search warrant at Harrison’s home and located the 200 rounds of ammunition that Harrison had purchased in Wisconsin. Officers also found marijuana paraphernalia.

Harrison was sentenced in Cedar Rapids by United States District Court Judge C.J. Williams. Harrison was sentenced to over ten months of imprisonment. The district court also ordered Harrison pay $10,000 for his court-appointed attorney. He must also serve a three-year term of supervised release after the prison term. There is no parole in the federal system. As a result of this federal conviction, Harrison is prohibited from possessing firearms and ammunition.

The case was prosecuted by Assistant United States Attorney Tim Vavricek and investigated by the Winneshiek County Sheriff’s Office and the Decorah Police Department. 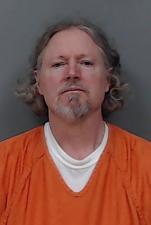