On October 6th, 2020 at 6:55 PM, the Cerro Gordo County Sheriff’s Office responded to the intersection of 305th Street and Thrush Avenue for a two vehicle collision with injuries. A 2016 Nissan Altima being driven by Lucas Dahl, 29, of Mason City, was traveling westbound when it was struck broadside by a 2012 Hyundai Genesis traveling northbound being driven by Garrett Pendergast, 25, of Fowler, California. Pendergast was illegally passing another vehicle within 100 feet of the intersection when he struck the 2016 Nissan Altima. Dahl and his passenger Ileyah Mays, 25, of Mason City were transported to the MercyOne emergency room by ambulance for minor injuries. Tracy Allen, 38, of California, was transported by personal vehicle to MercyOne for minor injuries as well. Allen was a passenger in the Hyundai Genesis. Both vehicles sustained severe disabling damage. After further investigation into the incident, Pendergast was charged with operation of a motor vehicle while under the influence of alcohol and drugs as well as illegally passing another vehicle within 100 feet of an intersection. The incident is still under investigation and further charges are possible. 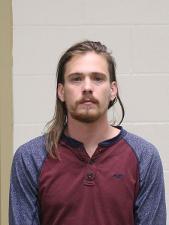