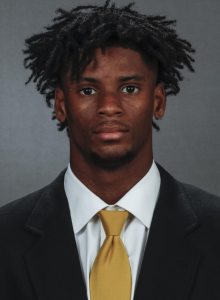 Smith-Marsette (6-foot-1, 186-pounds) led Iowa in receiving yards and touchdown receptions in 2019, while ranking second on the team in receptions (44-722-5). The Newark, New Jersey, native led the Big Ten and ranked fourth in the nation with a 29.6 yard kickoff return average on 17 returns last season.

In Iowa’s 2019 Holiday Bowl win over USC, Smith-Marsette became only the second player in school history to score a receiving, rushing, and kickoff return touchdown in the same game, earning the Holiday Bowl Offensive Most Valuable Player award. 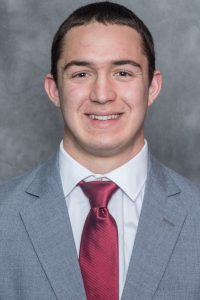 Iowa State junior tight end Charlie Kolar was named to the preseason Biletnikoff Award Watch List, announced today by the Tallahassee Quarterback Club Foundation.
The Biletnikoff Award is given annually to the nation’s best receiver regardless of position.

Without a doubt, Kolar is one of the best tight end targets in the country in 2020, earning second-team All-America accolades by the FWAA and first-team All-Big 12 kudos after a breakout season in 2019.

A native of Norman, Okla., Kolar was one of eight semifinalists for the award in 2019. He led all Big 12 tight ends in receptions (51), receiving yards (697) and receiving touchdowns (7). His 697 receiving yards broke ISU’s season record for tight ends and ranked sixth nationally among FBS tight ends.

Kolar had five 70-yard receiving games in 2019 and 36 of his 51 catches went for first downs or touchdowns.

Pro Football Focus rates Kolar as the top returning tight end in the nation. He had the third-best overall grade (85.5%) for a tight end by PFF a year ago.

Kolar, who was also a first-team Academic All-American, has 10 career touchdown catches to tie for fourth among active FBS tight ends.

The Biletnikoff Award is named after pro and college football Hall of Fame receiver, Fred Biletnikoff, who was a consensus All-American at Florida State and an All-Pro for the Oakland Raiders.