This news story was published on July 8, 2020.
Advertise on NIT • Subscribe to NIT

Ray Allen Vanlengen was pronounced dead likely due to complications related to COVID-19 and multiple preexisting medical conditions at 10:59 P.M on Monday, July 6, 2020 at the University of Iowa Hospital. He had been transported to Iowa City from the Fort Dodge Correctional Facility due to the seriousness of his illness on Sunday, July 5, 2020.  Vanlengen was 71 years old at the time of his death. The Johnson County Medical Examiner has conducted their review; an autopsy will not be performed.

Vanlengen had been serving a 100-year maximum sentence for four convictions of Sexual Abuse 2nd Degree (709.3) (to be served consecutively) from Black Hawk County. His sentence began on December 1, 1995, and his tentative discharge date would have been January 17, 2039.

Reports are surfacing that up to 61 inmates have been infected along with five staff members at the Fort Dodge Correctional Facility – but state officials haven’t confirmed this yet. On July 1, the Fort Dodge Correctional Facility was notified that an inmate has tested positive for COVID-19. The inmate is an adult (between the ages of 18 and 40) male, was put in medical isolation since first notifying staff that he was not feeling well on Tuesday, June 30. The inmate was experiencing mild symptoms, and will receive any medical care necessary as he recovers. Staff at FDCF put the unit that the inmate was originally residing into a quarantine status, and additional testing is underway. 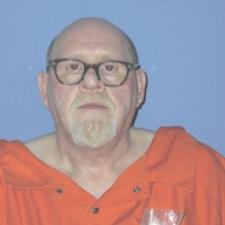