FAYETTE COUNTY – Cops chased an allegedly drugged man through Fayette county, Iowa at speeds reaching 110 miles per hour and only a crash stopped the pursuit

On July 3, 2020 at approximately 12:33 hours a Fayette County Deputy was involved in vehicle chase after attempted to stop the vehicle for a traffic violation. A Deputy encountered 22 year old Tyler Joseph Moore of Elgin driving a 2002 Pontiac Grand Prix on County Road V68 near 160th Street. Moore led the Deputy on a chase north on V68 reaching speeds of 110 miles per hour, and eventually lost control of his vehicle and entered the ditch near 240th Street. Moore was arrested and transported to the Fayette County Jail. He was charged with Class D Felony Eluding, Operating While Intoxicated (Druged), Reckless Driving, No Valid Driver’s license, and numerous other traffic violations.

The Fayette County Sheriff’s Office was assisted by an Iowa Department of Natural Resources Conservation Officer. 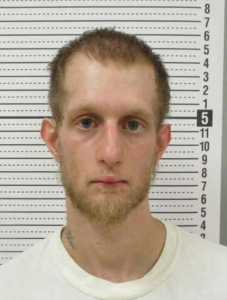