This news story was published on June 30, 2020.
Advertise on NIT • Subscribe to NIT

CEDAR RAPIDS – A man who operated a methamphetamine distribution ring in the Dubuque area from 2013 through 2014 was sentenced today to 25 years in federal prison.

Brian Ausborn, age 48, from Fort Dodge, Iowa, received the prison term after a guilty plea to conspiracy to distribute and possession with intent to distribute methamphetamine after having been previously convicted of a serious drug felony.

In a plea agreement, Ausborn admitted he worked with other individuals over a two-year period to make multiple trips to purchase large quantities of methamphetamine. These large quantities were then redistributed in the Dubuque area. Ausborn had previously been convicted of felony drug offenses in Black Hawk County, Polk County, and Calhoun County, Iowa.

Ausborn was sentenced in Cedar Rapids by United States District Court Judge C.J. Williams. Ausborn was sentenced to 300 months’ imprisonment and fined $100. He must also serve a 10-year term of supervised release after the prison term. There is no parole in the federal system.

The case was prosecuted by Assistant United States Attorneys Liz Dupuich and Tim Vavricek and investigated by the Iowa Division of Narcotics Enforcement and the Dubuque Police Department. 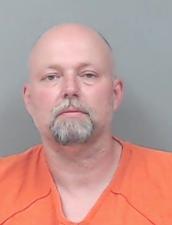