This news story was published on May 9, 2020.
Advertise on NIT • Subscribe to NIT 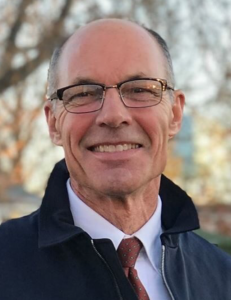 “The retired three-star admiral is the candidate who is the most qualified, experienced and ready to hit the ground running,” The Register wrote. “As the nation faces unprecedented health and economic crises, he has come back to Iowa just as the times demand someone like him.”

“On behalf of the Franken for Iowa campaign staff, our army of supporters, and Iowans everywhere, we are honored and humbled to earn the most treasured endorsement of Iowa’s flagship newspaper. I will strive to best represent Iowa’s future this November and beyond.”

“This is an enormous win for our campaign” said communications director Aaron Slutkin. “The Des Moines Register editorial board is the ultimate test of a candidate, and Admiral Mike passed with flying colors. Their endorsement makes it clear why Mike is the

most qualified U.S. Senate candidate in a generation and the best candidate to beat Joni Ernst.”