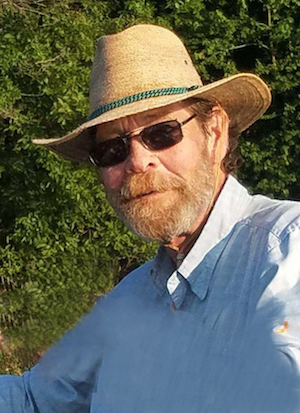 James “Jim” Boss, 62, of Charles City, passed away Friday, February 14, 2020 at the MercyOne North Iowa Hospice Inpatient Unit in Mason City with his loving family by his side.

According to his wishes, Jim’s body was donated to the University of Iowa. A memorial service for Jim Boss will be held at 2:00 p.m. on Sunday, February 23, 2020 at Hauser Weishaar Funeral Home with Suzanne Baldwin from St. Michael’s Catholic Church in Nashua officiating.

A gathering of family and friends will follow the memorial service from 3:00 to 5:00 p.m. on Sunday, February 23, 2020 at Hauser Weishaar Funeral Home.

James William Boss, the son of Donald and Florence (Nehl), was born May 23, 1957 in New Hampton. He attended school in Alta Vista and New Hampton before graduating in 1975 from Charles City High School.

In 1976, Jim was united in marriage to Alice Kobliska and together they welcomed two daughters: Christina and Jacqueline. They later divorced. In 1988, Jim married the love of his life, Mary Turan who passed away in 2006.

Jim worked various jobs throughout the years including running lumber yards, the Butterball factory, remodeling Lowe’s stores and finally he found a calling in sales with L&J Industries in Charles City.

Among Jim’s favorites were going down to see Ma and Pa, hosting happy hours at his place, going fishing (especially if it involved going to Joe Love’s pond), fish fry’s and his Honey. Family and friends were a big part of Jim’s life.