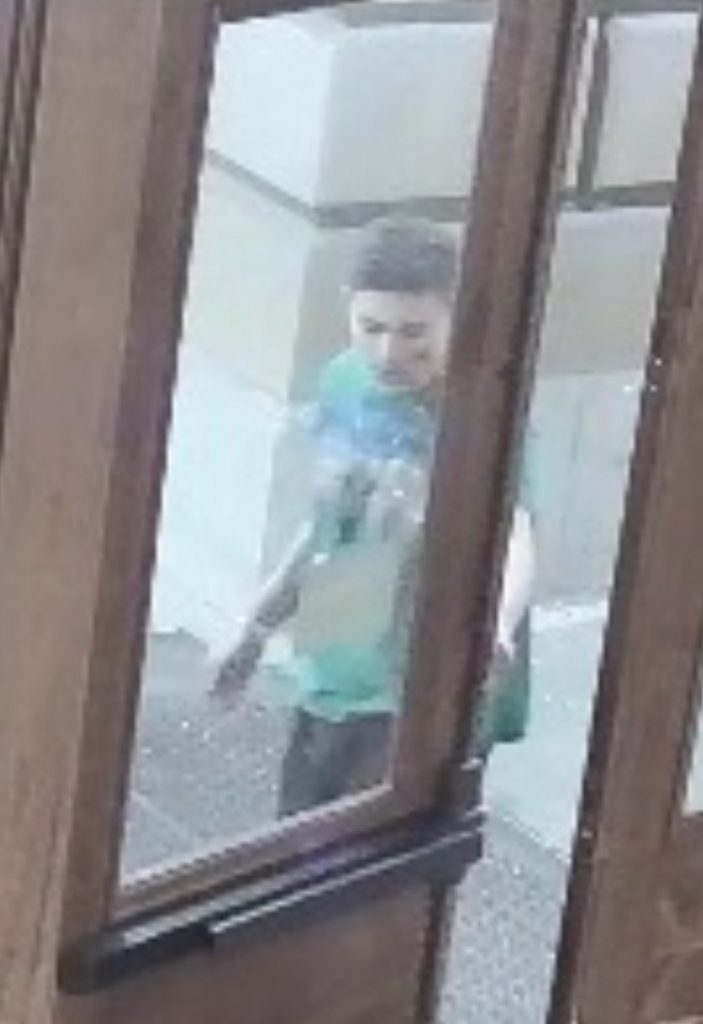 DES MOINES – The Iowa State Patrol and Division of Criminal Investigation are seeking the public’s assistance in identifying the person responsible for entering and damaging the Iowa State Capitol Building in the early morning hours of Sunday, February 2.

At approximately 2:55 a.m., a young male forcibly gained entry to the State Capitol Building and caused damage. Authorities believe the suspect sustained injuries to his hands and/or arms, which may be significant.

Investigators are sharing two images captured on surveillance cameras, and describe the suspect as a white male with dark hair who is approximately six feet tall and weighing between 180 to 210 pounds. The suspect appears to be wearing a green short-sleeved t-shirt, dark pants and light-colored shoes.

Authorities are asking anyone with information about this incident to contact the Division of Criminal Investigation at 515-725-6010 or 515-323-4360. 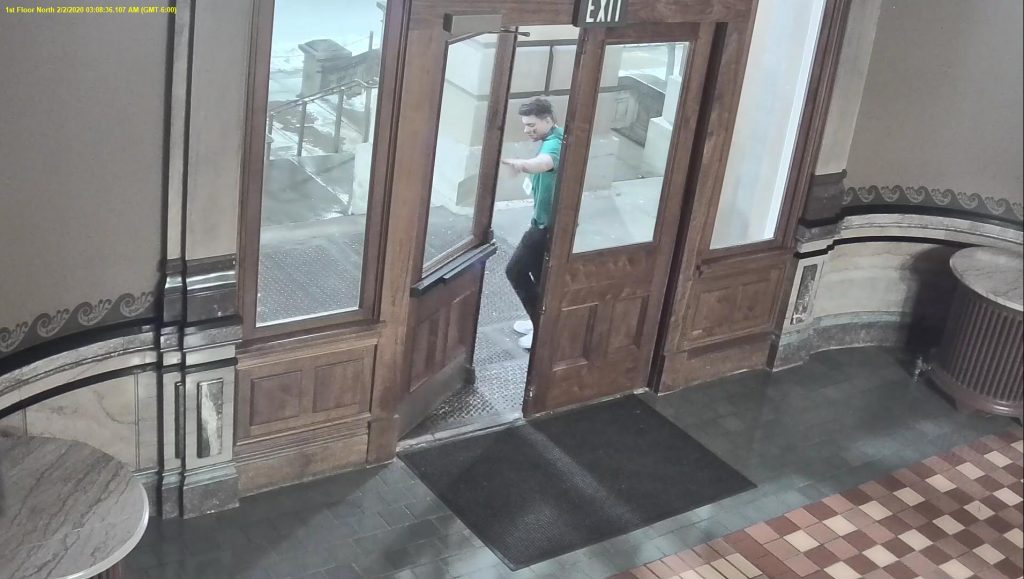 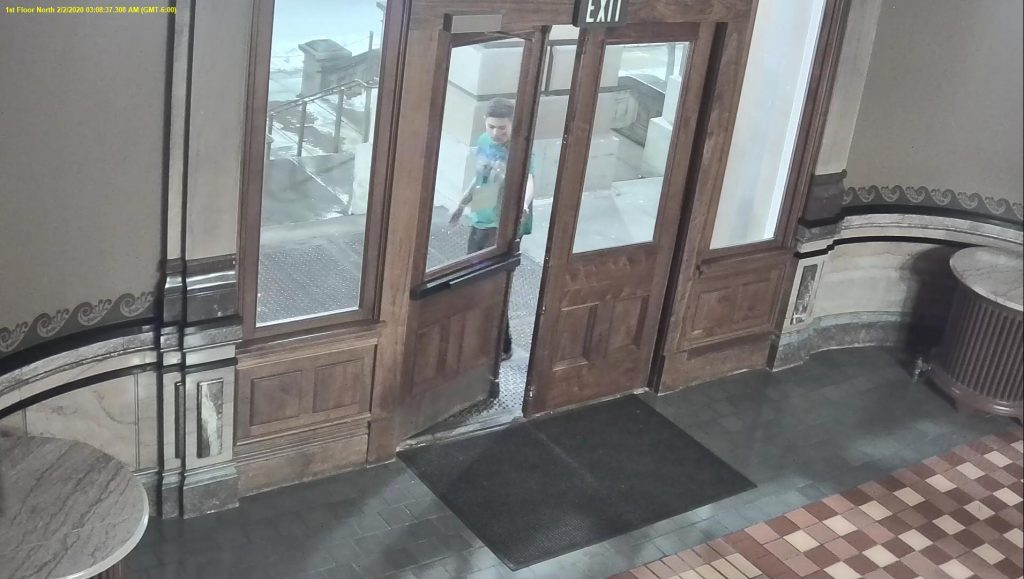