Northern Illinois (0-2)played to a 34-31 lead at the half in this game with decent shooting while Iowa State began the game with five straight misses.  However, the second half was different story, as Iowa State (2-1) clamped down on defense, holding the Huskies to 18% shooting.

The Cyclones were led by Rasir Bolton’s 17 points.  Michale Jacobson had 12 rebounds.

Iowa State returns to the court next Tuesday, Nov. 19 at 7 p.m. to face Southern Miss. The game marks the beginning of Battle 4 Atlantis and is the Campus Game of the tournament. That game between the Cyclones and Golden Eagles will be available through Cyclones.TV. 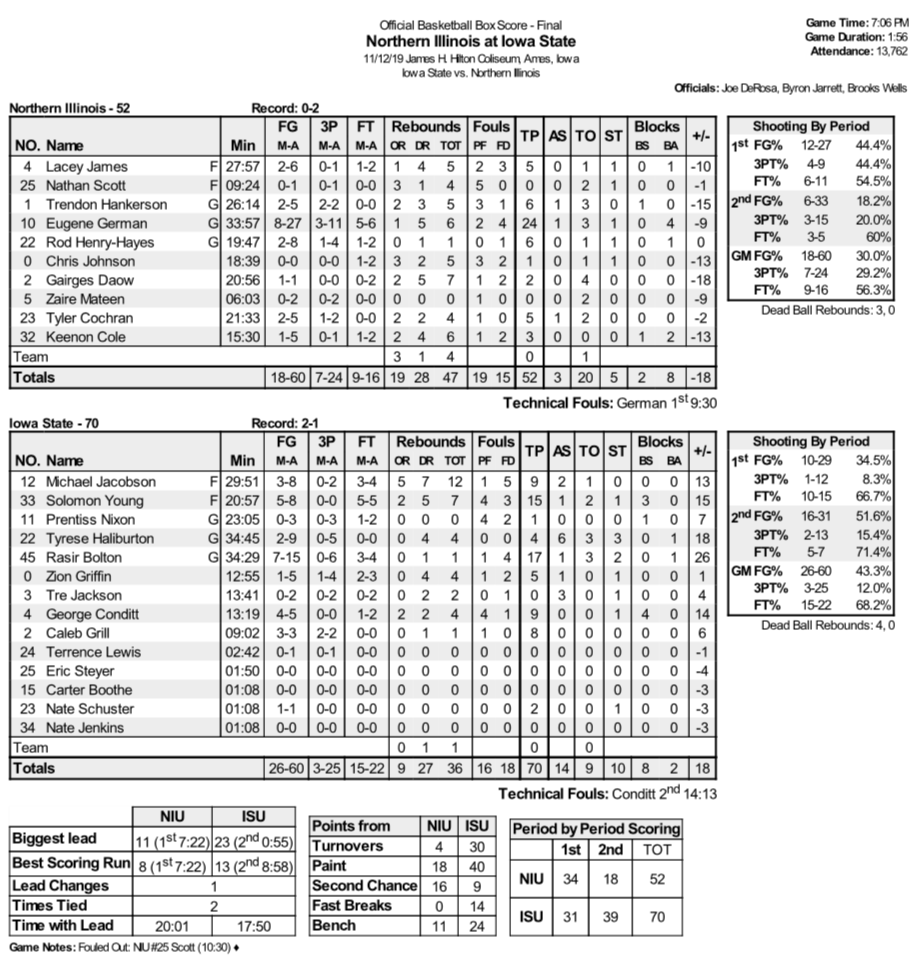