This news story was published on September 13, 2019.
Advertise on NIT • Subscribe to NIT 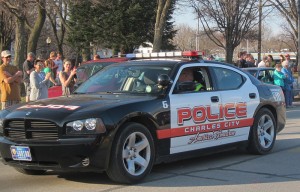 CHARLES CITY – A person was sent to the hospital in Charles City after a bike rider was hit by a pickup.

The accident took place on September 10, 2019 at about 5:19 AM.  Officers with the Charles City police department responded to an accident involving a 2003 Chevy pickup truck driven by 51-year-old Douglas Crooks of Charles City and a bike rider.  Police say Crooks failed to yield before turning left on an undisclosed street and struck a bicycle being operated by 34-year-old Nelson Fernandez of Charles City.

As a result of the accident, Fernandez was transported to Floyd County Hospital by AMR Ambulance with undisclosed injuries.  Crooks was cited with failure to yield upon turning left.  Crooks’ pickup was not damaged, but Fernandez’s bike incurred an estimated $100 in damages.