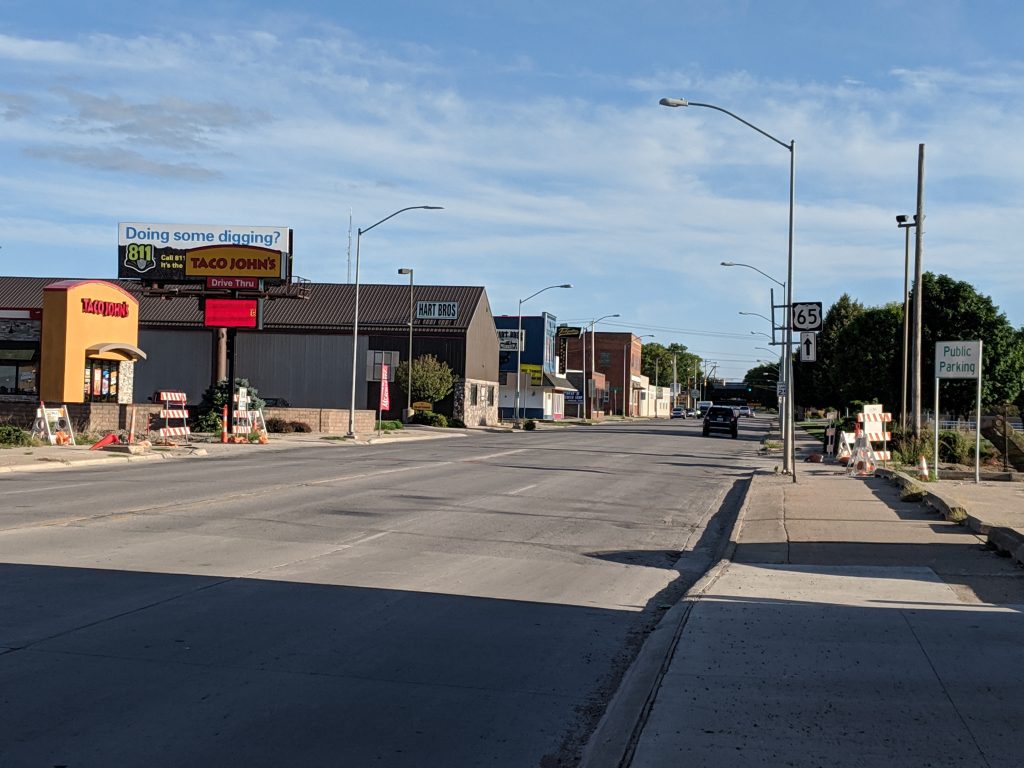 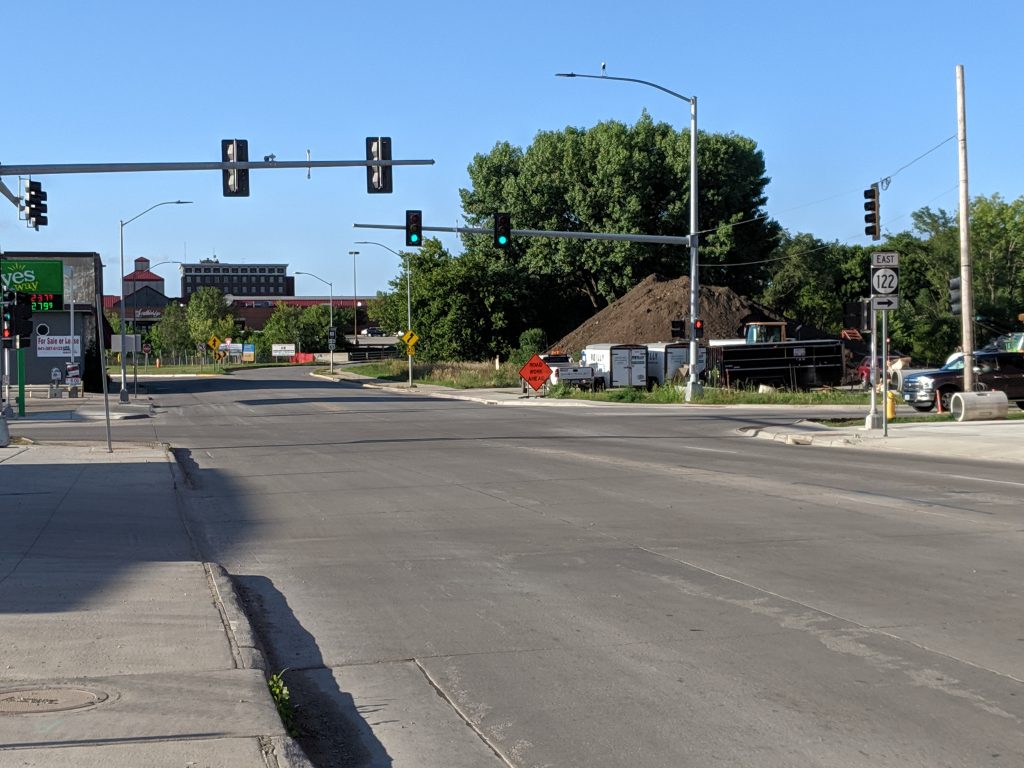 Work to install new pavement and sidewalks for the Iowa 122 reconstruction project in Mason City will require closing U.S. 65/Federal Avenue at Iowa 122 between Fifth and Sixth streets beginning at 9 a.m. Monday, Aug. 26, until mid-October, weather permitting, according to the Iowa Department of Transportation’s Mason City construction office.

During this closure, traffic will be detoured around the work zone using 19th Street, Monroe Avenue, and Fourth Street.

The Iowa DOT reminds motorists to drive with caution, obey the posted speed limit and other signs in the work area, and be aware that traffic fines for moving violations are at least double in work zones. As in all work zones, drivers should stay alert, allow ample space between vehicles, and wear seat belts.