This news story was published on July 19, 2019.
Advertise on NIT • Subscribe to NIT

SIOUX COUNTY – An Iowa pork plant worker has been put on probation for indecent exposure at work, and must serve 10 years on the state’s sex offender registry.

Sioux County Attorney Thomas G. Kunstle announced that Cristopher Morales Rodriguez, age 30, of Newell, Iowa, was sentenced July 18, 2019 in Sioux County District Associate Court for the crime of Indecent Exposure, a Serious Misdemeanor. Sioux County Attorney Thomas Kunstle prosecuted the case on behalf of the State of Iowa.
This case arose on April 6, 2018, when an individual who worked at the Premium Iowa Pork facility reported to the Sheriff’s Office that Rodriguez, then an employee at Premium Iowa Pork, exposed himself to the individual on March 26, 2018. Further investigation revealed Rodriguez had been making noises consistent with masturbating, then sat next to the reporting individual and exposed his erect penis. Rodriguez was alone with the reporting individual inside a secluded building on the PIP facility. The individual was offended and contacted a supervisor.

By law, Rodriguez’s sentence for Indecent Exposure included a 10-year term on the Iowa sex offender registry. The State further recommended Rodriguez be convicted of the offense, while counsel for Rodriguez recommended the Court defer judgment pending his successful completion of probation. The Court imposed the most lenient sentence by deferring judgment, and if Rodriguez is successful during his one-year of probation, he will not be convicted and his record will be expunged. 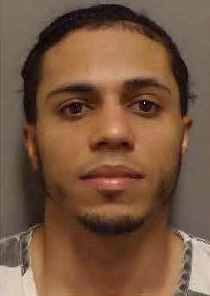