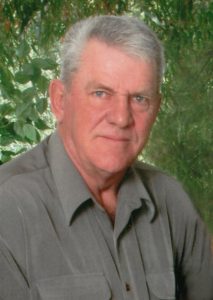 A memorial service for Terry Blong will be held at 11:00 a.m. Monday, April 8, 2019 at Hauser Funeral Home with Sister Diana Blong from Immaculate Conception Catholic Church officiating. Inurnment will be at Riverside Cemetery in Charles City.

A gathering of family and friends will be at Hauser Funeral Home from 4:00 to 6:00 p.m. Sunday, April 7, 2019 and will continue one hour before the memorial service at the funeral home on Monday.

Terrance “Terry” Joseph Blong, the son of Arnold and Clementine (Kuennen) Blong, was born January 27, 1944 in New Hampton, Iowa. He grew up in the Lawler area receiving his education and graduating from Turkey Valley High School in 1962. Terry then enrolled and graduated from the Dunwoody Industrial Institute in Minneapolis, Minnesota.

Terry enlisted into the United States Army in February 1966 and proudly served his country in Vietnam during the Vietnam War. He was honorably discharged in January 1969 and returned to the Charles City area where he worked various jobs. Terry started Blong’s Cabinet Shop (later renamed Blong’s Custom Wood Products) in 1976 and owned/operated the business for over 25 years before selling it and retiring. He remained in Charles City, but would spend summers in Minnesota and winters in Arizona.

On September 22, 1977, Terry was married to Joanne Sisson. The couple was married for 33 years and later divorced.

Terry was a Third Degree Knight with the Knights of Columbus, a volunteer firefighter in Charles City and a member of the VFW. He enjoyed woodworking, fishing, hunting, golfing, traveling the world (Italy, Ireland, Poland and Hong Kong just to name a few) and riding his Spyder Motorcycle. In recent years, Terry traveled across the United States in his RV.

Terry loved spending time with his family, especially his grandchildren and great-grandchildren. He would gather with family and friends to share memories, stories or just reminisce and more often than not enjoy some Crown Royal.

Terry was preceded in death by his parents and former wife, Joanne.
Hauser Funeral Home, (641) 228-2323, in Charles City, is in charge of local arrangements. Online condolences may be left for the family at www.hauserfh.com.