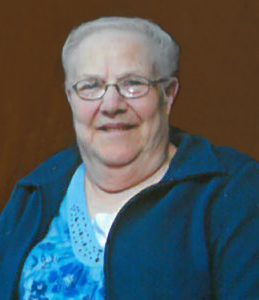 Rose Wiggins, 80, of Charles City, passed away Thursday, February 21, 2019.
A funeral service for Rose Wiggins will be held at 11:00 a.m. Wednesday, February 27, 2019 at Hauser Funeral Home with Pastor Jan Tjaden officiating. Burial will be at Sunnyside Memory Gardens in rural Charles City.

Visitation will be at Hauser Funeral Home one hour prior to the service on Wednesday.

Rose Marie Strassburg, the daughter of Carl and Rose (Zieman) Strassburg was born on September 22, 1938 in Thorton, Iowa. She graduated from Charles City High School in 1956. She was united in marriage to Raymond Wiggins on December 27, 1969 at the Little Brown Church in Nashua.

Rose and Raymond owned and operated Klemp Plumbing and Heating in Tripoli, Iowa. She later worked as a sale clerk for a variety of retail stores in the Charles City area. She was a member of the V.F.W. Auxiliary and secretary of the Wa-Tan-Ye Club. Rose loved to do word search books and Sudoku number books. She was an avid bowler and a great Iowa Hawkeye basketball fan.