Kenyan-born Michigan residents arrested for conspiracy to join ISIS, use car to run down Americans 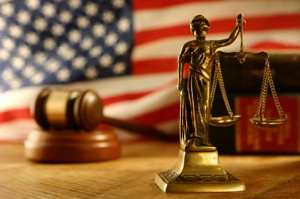 WASHINGTON, D.C. – Three residents of Lansing, Michigan, were arrested without incident Monday afternoon for conspiring to provide material support to a designated foreign terrorist organization, namely the Islamic State of Iraq and al-Sham (ISIS). The U.S. Attorney’s Office for the Western District of Michigan charged all three in a criminal complaint filed today in U.S. District Court in Grand Rapids, Michigan. The conspiracy charge is punishable by up to 20 years in federal prison.

Members of the FBI Joint Terrorism Task Force (JTTF) arrested Muse Abdikadir Muse (Muse Muse) at the Gerald R. Ford Airport in Grand Rapids, Michigan, after checking in for a flight to the first of a series of destinations on his way to Mogadishu, Somalia. Shortly thereafter, law enforcement arrested alleged coconspirators Mohamud Abdikadir Muse (Mohamud Muse), and Mohamed Salat Haji (Haji). All three defendants are naturalized U.S. citizens who were born in Kenya.

According to the complaint affidavit, Muse Muse purchased airline tickets earlier this month to travel from Grand Rapids to Mogadishu, departing on Monday, January 21, 2019. Among other support, the complaint alleged Haji and Mohamud Muse aided in the purchase of the ticket and drove Muse Muse to the Grand Rapids airport, each knowing the true purpose of the travel was for Muse Muse to join and fight for ISIS.

The complaint asserts that all three defendants pledged allegiance to ISIS through videos they recorded themselves. Muse Muse and Haji allegedly discussed with each other their desire to join ISIS, to kill non-believers, and even to potentially use a car for a martyrdom operation to run down non-believers here in the United States if they could not travel overseas to fight for ISIS. Following the arrests, federal agents executed search warrants at a residence shared by Mohamud Muse and Muse Muse.

8 Responses to Kenyan-born Michigan residents arrested for conspiracy to join ISIS, use car to run down Americans