MASON CITY – A man is behind bars and charged with terrorism after firing a handgun at least four times at car in Mason City earlier in the day.

On November 24, 2018 at approximately 11:27 AM, The Mason City Police Department received a call of shots being fired at a car in the area of 8th and S. Kentucky. Upon arrival of officers, witnesses quickly directed officers to the subject shooting the gun, 18-year-old Manuel A Zamorano. Zamorano allegedly resisted arrest but was taken into custody. A short time later, the 9mm handgun believed to be used in the shooting was located in a nearby flower bed. There were 3 people in the car when Zamorano shot at it. Four shots were fired at the car or possibly at a person nearby. Nobody was struck by the bullets, nor was the car.

The Mason City Police Department also wants to acknowledge the public’s assistance was very helpful in the quick reporting of the incident and locating Zamorano. 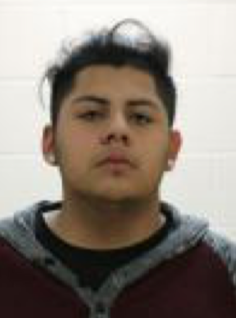