This news story was published on November 16, 2018.
Advertise on NIT • Subscribe to NIT

Torre Ashton Mosley, 25, from Fort Dodge, Iowa, was convicted of possession of a firearm by a felon.

At the plea hearing, Mosley admitted that in November, 2017 he possessed a .40 caliber Glock for protection. Mosley further admitted to being dealer of cocaine and marijuana. Mosley was previously convicted of possession and/or introduction of contraband into a detention facility, in the Iowa District Court for Webster County, on or about September 21, 2015.

This case was brought as part of Project Safe Neighborhoods (PSN), a program that has been historically successful in bringing together all levels of law enforcement to reduce violent crime and make our neighborhoods safer for everyone.

Sentencing before United States District Court Judge Mark W. Bennett will be set after a presentence report is prepared. Mosley remains free on bond previously set. Mosley faces a possible maximum sentence of 10 years’ imprisonment, a $250,000 fine, and not more than three years of supervised release following any imprisonment.

The case is being prosecuted by Assistant United States Attorney Mikala M. Steenholdt and was investigated by the Fort Dodge Police Department, Bureau of Alcohol, Tobacco, Firearms and Explosives, Iowa Department of Criminal Investigations. 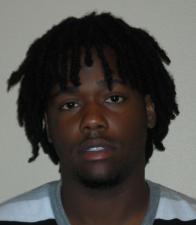