This news story was published on November 9, 2018.
Advertise on NIT • Subscribe to NIT

CHARLES CITY – A Charles City woman is facing a felony charge of attempted murder after a house was raided this week.

Charles City police responded to what they called a “disturbance” in the 1600 block of Salzer Street on the afternoon of November 6. Police investigated and initially arrested 44-year-old Jennifer Bean of Charles City with domestic abuse and interruption of an emergency call. A search warrant was then executed at the house. After further investigation, Bean was charged with felony attempted murder of a female.

Bean remains in the Floyd county jail at this time, awaiting a hearing on November 16. 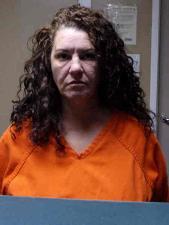 One Response to Charles City woman accused of attempted murder