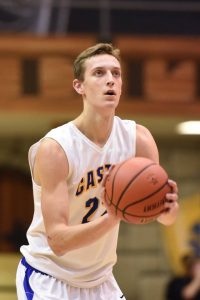 “After discussing with my family and coaching staff I have decided to redshirt this season,” said Nunge. “This decision is not related to an injury, but rather I would like to take the opportunity to use this year to grow my skillset and get stronger. We have an incredibly deep team and I look forward to helping make my teammates and myself better in practice this season.”

Nunge, who will have three years of eligibility remaining after this season, joins freshman CJ Fredrick as Iowa’s two redshirts in 2018-19.

Iowa hosts UMKC tonight in its season opener. Tipoff is scheduled for 7:01 p.m. (CT) on Mediacom Court at Carver-Hawkeye Arena.