This news story was published on October 24, 2018.
Advertise on NIT • Subscribe to NIT 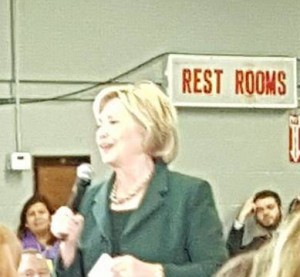 The packages were immediately identified during routine mail screening procedures as potential explosive devices and were appropriately handled as such. Both packages were intercepted prior to being delivered to their intended location. The protectees did not receive the packages nor were they at risk of receiving them.

The Secret Service has initiated a full scope criminal investigation that will leverage all available federal, state, and local resources to determine the source of the packages and identify those responsible.

Press Secretary Sarah Sanders issued a statement, saying “These terrorizing acts are despicable, and anyone responsible will be held accountable to the fullest extent of the law.”

Also Wednesday, Vice President Mike Pence said in a statement, “We condemn the attempted attacks against former President Obama, the Clintons, CNN & others. These cowardly actions are despicable & have no place in this Country. Grateful for swift response of SecretService, FBI & local law enforcement. Those responsible will be brought to justice.”