This news story was published on October 23, 2018.
Advertise on NIT • Subscribe to NIT 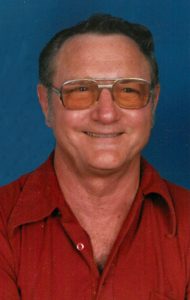 Keith Marvin, 89, of Charles City, passed away Tuesday, October 23, 2018 at the Muse Norris Inpatient Unit in Mason City with his family by his side.

A funeral service for Keith will be held at 10:30 a.m. Saturday, October 27, 2018 at Hauser Funeral Home in Charles City with Pastor Norman Bauer from Saint John Evangelical Lutheran Church officiating. Burial will be at Sunnyside Memory Gardens in rural Charles City.

Visitation will be at Hauser Funeral Home from 5:00 to 7:00 p.m. on Friday, October 26, 2018 and will continue one hour before the service at the funeral home on Friday.
Keith Junior Marvin, the son of Walter and Pearl (Emery) Marvin, was born June 13, 1929 in Mitchell County, Iowa. He received his education at country schools in both Mitchell County and Floyd County. Keith joined the Marine Corps and proudly served his country from 1946 to 1949. He returned to the area after his honorable discharge and continued helping his father farm and started his career at Oliver/White Farm.
Keith retired from White Farm after working hard as a painter for 38 years.

Keith was united in marriage to Anna Mae Milhan on April 20, 1951 at the Little Brown Church in Nashua, Iowa. The couple made their home in the Charles City area and were blessed with nine children.

Keith was a member of Saint John Evangelical Lutheran Church, V.F.W. and Moose Lodge. He enjoyed restoring furniture, working on cars, spending time with his dogs, dancing, adding to his eagle collection, doing yard work, dancing and picnicking at Wildwood. Keith loved to spend quality time with his family, especially his grandchildren, and he will be missed by all who loved him.