FOREST CITY – A Forest City woman is accused for the second time of felony drunk driving.

On March 19, 2018 at 12:00 AM, Forest City police conducted a traffic stop on N. Golf Course Road. As a result of the stop and investigation, 34-year-old Amanda Ione Delzer of Forest City was charged with felony third-offense operating while intoxicated, driving while license denied or revoked, driving while barred, violation of restricted license and operating vehicle with suspended registration.

Records show Delzer was found guilty of felony third-offense operating while intoxicated back in October of 2015 in Winnebago county. She was put on three years of probation and given a suspended 5-year prison sentence. She is now accused of violating that probation and faces a May 4 hearing in court.

She was also caught drunk driving twice in 2010 and once in 2004 in Winnebago county. 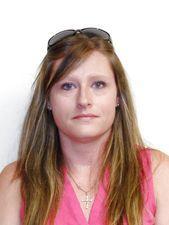