CEDAR RAPIDS – A Mexican man has been sentenced to 3 months in prison for illegally living in Humboldt, Iowa following two prior deportations.

Noel Ramirez-Bonifacio, age 31, a citizen of Mexico illegally present in the United States and residing in Humboldt, Iowa, received the prison term after a January 11, 2018, guilty plea to one count of illegal reentry into the United States.

Ramirez-Bonifacio is being held in the United States Marshal’s custody until he can be turned over to immigration officials. 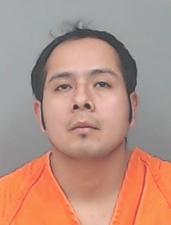