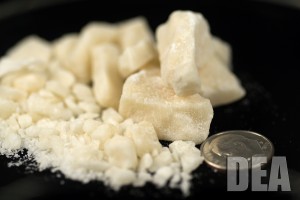 CEDAR RAPIDS – A man who sold crack cocaine near a Cedar Rapids elementary school was sentenced on March 27, 2018, to more than 15 years in federal prison.

Soy Franklin, age 36, originally from Chicago, Illinois, received the prison term after a November 6, 2017, guilty plea to distribution of cocaine base near a protected location.

Franklin was sentenced in Cedar Rapids by United States District Court Judge Linda R. Reade. He was sentenced to 188 months’ imprisonment. Franklin must also serve a six-year term of supervised release after the prison term. There is no parole in the federal system. Franklin is being held in the United States Marshal’s custody until he can be transported to a federal prison.