MASON CITY – Police were called to a Mason City house early Wednesday morning on a report of a burglary and encountered a Cedar Rapids man, who then led them on a dangerous chase.

On March 28, 2018, at about 6:02 AM, a resident in the 1300 block of 10th Street SE reported his home was being burglarized. The victim reported that an unknown man was stealing his possessions from his house. As officers arrived, the suspect fled the scene in his car and led officers on a high speed pursuit. As the suspect fled, he struck a parked vehicle near the intersection of 8th St and S. Carolina Ave. The suspect’s vehicle sustained heavy front end damage but the suspect continued to flee.

At the intersection of 6th and S Delaware the suspect again lost control of his vehicle and left the roadway striking a street sign. The vehicle sustained disabling damage and the suspect fled on foot. The suspect was apprehended in the nearby Hardee’s parking lot.

The suspect was identified as 23-year-old Thomas N. West of Cedar Rapids, IA. West was arrested and transported by ambulance to Mercy Medical Center North Iowa. West was evaluated and released from Mercy and transported to the Cerro Gordo County Jail. 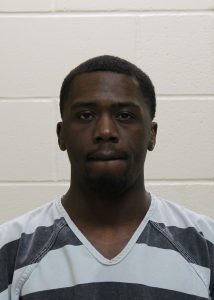