CEDAR RAPIDS – A Wisconsin man who enticed an Iowa minor to engage in illegal sexual activity was sentenced to 30 years in federal prison on March 19, 2018.

Carson Sibley, age 26, from Lacrosse, Wisconsin, received the prison term after pleading guilty to one count of enticement of a minor. At the plea hearing, Sibley admitted that, in 2017, he persuaded a minor to engage in illegal sexual activity. Information from the sentencing hearing showed that Sibley met minors while playing online video games. Sibley then communicated with these minors, sometimes while pretending to be female, to entice the minors into sending him sexually explicit pictures and videos. Sibley also twice travelled to Grundy County, Iowa, while hoping to have sex with a minor. Sibley had previously been convicted of child pornography offenses and was still on probation at the time he was enticing the minors in this case.

Sibley was sentenced in Cedar Rapids by United States District Court Chief Judge Leonard T. Strand. Sibley was sentenced to 360 months’ imprisonment. He must also serve a five-year term of supervised release after the prison term. There is no parole in the federal system.

Sibley is being held in the United States Marshal’s custody until he can be transported to a federal prison. 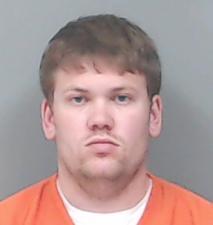