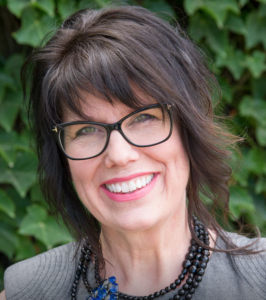 SPENCER – A Spencer businesswoman challenging Steve King for a seat in Congress blasted his so-called “NRA hush money” in a recent mailer.

Leann Jacobsen, a Democratic challenger facing Republican incumbent Steve King for Iowa’s 4th District in this November’s elections, says she will support a ban an assault rifles if elected. She also blasted King’s acceptance of $14,000 in “hush money” from the NRA.

According to a Washington Post analysis, more than 150,000 students attending at least 170 schools have experienced a shooting on campus since the Columbine High School massacre in 1999.

That’s 150,000 kids that have been traumatized for the rest of their lives.

In the days following the most recent tragedy at Marjory Stoneman Douglas High School last week, our lawmakers have taken to social media offering their prayers and condolences. But few have offered any real action — and sadly, that makes sense.

Mass murders at places of learning, worship, and entertainment are the new normal — and will continue to be unless we elect leaders who are not beholden to the NRA and gun lobbyists.

In Congress, I will support the banning of assault weapons and accessories like high-capacity magazines and bump stocks and will work to make sure our system keeps guns out of the wrong hands — but I need your help to do that. Because I’m standing up to the NRA, the odds that they’ll spend big money to defeat me are high. I need your help to make sure they don’t buy this race for Steve King.