FORT DODGE – A Fort Dodge teen has been arrested after allegedly making a school shooting threat, landing him in a juvenile detention center.

According to Fort Dodge police, during the early afternoon on Tuesday, February 27, 2018, a School Resource Officer with the Fort Dodge Police Department was made aware of possible threats being made over social media. Information provided indicated that communications were being passed back and forth among juveniles involving the discussion of participating in a school shooting. Officers and school staff were quickly able to gain information on the identities of the individuals, who were determined to be students within the Fort Dodge Community School District. At that point, the School Resource Officers and school staff contacted students involved in the conversation at both the Fort Dodge Senior High School, and the Fort Dodge Middle School. 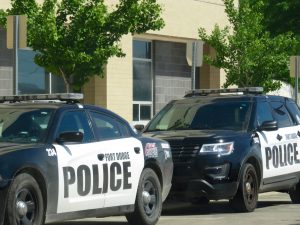 Officers continued to investigate the incident by speaking directly with those involved and others who had knowledge of the communications. Additionally, a residence was searched to ensure the juvenile perpetrating the threats, did not have immediate access to items to carry out such an act. No such items were located during that search.

As a result of the investigation, a 15-year-old male was taken into custody and
charged with Threats of Terrorism – D Felony.

Following this charge, the male will be transported to the Central Iowa Juvenile
Detention Center in Eldora to await further juvenile proceedings. Due to the age of the offender, his name will not be released at this time.

The Fort Dodge Police Department is continuing to follow up on leads pertaining
to this case.